Save Your Time & Money: Use Forex Tester! 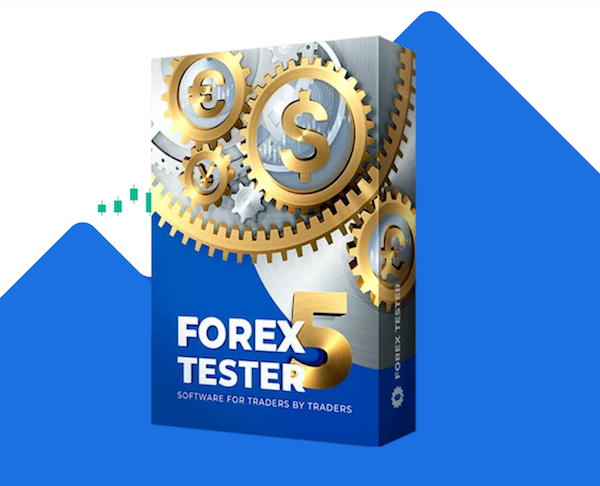 ⭐ Get Direct Feedback About Your Strategy

The dollar fell sharply last Friday after the release of data from the US labor market that did not meet expectations. The country's Labor Ministry reported that the number of non-agricultural jobs in April rose by +266,000 (forecast was +978,000), while unemployment, instead of the expected decline, rose to 6.1% from 6% in March.

Expectations of the early start of the Fed's stimulus program curtailment amid rapid improvement in economic data and rising inflation have now eased significantly.

Obviously, the Fed's caution amid growing optimism in the economy was justified.

Minneapolis Fed President Neil Kashkari, speaking on Bloomberg after Friday's employment report, noted that planning for monetary policy should be based on evidence, not forecasts.

The DXY dollar index fell by 1.1% last week, falling to February levels. At the same time, American stock indices closed the last week with another gain. Despite the weak data from the labor market, investors are optimistic about the prospects for the American economy, and the weak report from the Ministry of Labor only adds to their confidence that the Fed leaders, as promised earlier, will not begin to wind down the stimulus program and will not increase the interest rate before the end of 2023.

Next week, financial market participants will pay attention to the publication of important macro statistics on Australia, China, Great Britain, Germany, the United States, as well as to the speeches of the heads of the central banks of Great Britain and Canada.

Of the most significant macroeconomic data, the publication of which is expected next week, it is worth noting the following:

This indicator is published monthly by the Australian Bureau of Statistics and estimates total retail sales. The index is often considered an indicator of consumer confidence and reflects the health of the retail sector in the near term. A rise in the index is usually positive for the AUD; a decrease in the indicator will negatively affect the AUD. The previous value of the index (for February) was -0.8%. If the data turns out to be weaker than the previous value, then the AUD may sharply decline in the short term, above the previous values, then the AUD is likely to strengthen. Forecast: +1.4% in March.

The National Bureau of Statistics of China will release another monthly data reflecting the dynamics of consumer prices in China. Rising consumer prices could trigger an acceleration in inflation, which could force the People's Bank of China to take measures aimed at tightening fiscal policy. Increased growth in consumer inflation may cause appreciation of the yuan, a weak result will put pressure on the yuan.

China's economy, according to various estimates, is already the first in the world, pushing the US economy into second place. Therefore, the publication of important macroeconomic indicators of this country has a significant impact on world financial markets, primarily on the positions of the yuan, other Asian currencies, the dollar, commodity currencies, as well as on Chinese and Asian stock indices. China is the largest buyer of raw materials and a supplier of the widest range of finished products to the world commodity market.

Deterioration of macroeconomic indicators, including a decrease in consumer inflation, may negatively affect the positions of the yuan, as well as commodity currencies such as the Canadian, Australian, and New Zealand dollars. To a greater extent, this applies to the Australian dollar, since China is Australia's largest trade and economic partner.

According to the forecast, the consumer price index is expected to decline in April by -0.2%, but an increase of +1.0% in annual terms.

The growth of the consumer inflation index will positively affect the quotes of the yuan, as well as commodity currencies, primarily the Australian dollar. However, a relative decline in CPI may negatively affect them.

14:30 GBP Speech of the Bank of England Governor Andrew Bailey

Financial market participants expect Andrew Bailey to clarify the situation regarding the future policy of the UK central bank. Volatility during the speech of the head of the Bank of England usually rises sharply in the quotes of the pound and the London Stock Exchange FTSE index, if he gives any hints of tightening or easing of the Bank of England's monetary policy. Perhaps Andrew Bailey will also provide clarification on the Bank of England's decision on the interest rate last week and will touch on the state and prospects of the British economy after Brexit and the partial lifting of quarantine restrictions due to the coronavirus. If Bailey does not touch upon the issues of monetary policy, then the reaction to his speech will be weak.

GDP is considered to be an indicator of the overall health of the British economy. The upward trend in GDP is considered positive for the GBP. The UK's GDP was one of the highest in the world until 2016, when the Brexit referendum was held. In the future, its growth slowed down, and with the onset of the global coronavirus pandemic, the growth rate of British GDP went into negative territory altogether.

UK GDP is forecast to grow 0.5% in Q1 2021 (after falling -19.8% in Q2 and growing +1.3% in Q4 2020). The main factors that can force the Bank of England to keep rates low are weak GDP and labor market growth, as well as low consumer spending. If the GDP data turns out to be worse than the forecast, it will put downward pressure on the pound. Strong GDP report will strengthen the pound.

This index is published by the EU Statistical Office and is calculated on the basis of a statistical methodology agreed between all EU countries. It is an indicator for assessing inflation and is used by the Governing Council of the ECB to assess the level of price stability. A positive result strengthens the EUR, a negative one weakens it.

The preliminary estimate for April was: +2.1% (versus +2.0% in March, +1.6% in January and February, -0.7% in December and negative values ​​in the second half of 2020) in annual terms. If the data turn out to be better than the forecast, the euro may strengthen in the short term. The growth of the indicator is a positive factor for the euro. The data indicate that inflation in Germany is accelerating, which is positive for the euro. The data is worse than the forecast and the previous value will negatively affect the euro.

09:00 GBP Speech by the Governor of the Bank of England Andrew Bailey

The Consumer Price Index (CPI) determines the change in prices of a selected basket of goods and services for a given period and is a key indicator for assessing inflation and changes in consumer preferences. Food and energy have been excluded from this indicator to provide a more accurate estimate. A high score strengthens the US dollar and a low score weakens it. In March 2021, the value of the indicator was +0.3% (+1.6% in annual terms). Forecast for April: +0.3% and +2.3% (in annual terms), which indicates some improvement in the situation after the fall of the index in March and April 2020 amid the coronavirus pandemic. If the data turns out to be weaker than the forecast, then the dollar is likely to react with a short-term decline. Better-than-forecast data will strengthen the dollar.

In most European countries, banks will be closed for the celebration of the Catholic Ascension of the Lord. In this regard, trading volumes will be reduced.

15:00 CAD Speech by Tiff Macklem, Governor of the Bank of Canada

The Canadian economy, as well as the entire global economy, slowed down in 2020 due to the coronavirus pandemic. Earlier, Tiff Macklem said that the Canadian economy is quite stable. However, the situation has changed rapidly, and not for the better. It will be interesting now to listen to Macklem's opinion on the sustainability of the Canadian economy and the monetary policy of the central bank.

Probably, he can also provide some guidelines for investors on the eve of the next meeting of the Bank of Canada, which will be held on June 09.

This report (Retail Sales) reflects the total sales of retailers of all sizes and types. Changes in retail sales are the main indicator of consumer spending. The report is a leading indicator, and in the future the data may be greatly revised. A high result strengthens the US dollar, a low one weakens it. A relative decrease in the indicator may have a short-term negative impact on the dollar, while an increase in the indicator will have a positive effect on the USD. In the previous month (March), the indicator increased by +9.7% (after rising by +7.6% in January and falling by -2.9% in February), which indicates that the improvement in this sector of the American economy is still unstable after partial lifting of strict quarantine restrictive measures in a number of states. Forecast for April: +1.0%, which is likely to have a positive effect on the USD if the forecast is confirmed.

Retail sales is the leading indicator of consumer spending in the United States, showing changes in retail sales. The Retail Control Group metric measures volume across the entire retail industry and is used to calculate price indices for most products. A strong result strengthens the US dollar, and vice versa, a weak report weakens the dollar. A slight increase in indicators is unlikely to accelerate the growth of the dollar. The data is worse than the values ​​of the previous period (+6.9% in March, -3.5% in February, +8.7% in January) may negatively affect the dollar in the short term. Forecast for April: +0.8%.

This indicator reflects the confidence of American consumers in the economic development of the country. A high level indicates economic growth, while a low level indicates stagnation. Previous values ​​of the indicator: 88.3 in April, 84.9 in March, 76.8 in February, 79.0 in January 2021. An increase in the indicator will strengthen the USD, while a decrease in the value will weaken the dollar. This indicator is expected to be released in May with a value of 89.5. There is a steady trend towards a gradual recovery in the growth of the indicator, which is positive for the USD. The data worse than the forecast may negatively affect the dollar in the short term.